For My Dear, Sweet Pickles

“Dogs are not our whole life, but they make our lives whole.”

When I was younger, I was obsessed with owning a pug. I loved their silly personalities, curly tails, and smushed faces. I’d never met a pug in real life. I just knew I loved them.

My first pug was named Bubbles, a smart little dog that died way too young, poisoned by chicken jerky treats. (I knew so little about pet foods and treats at the time, not realizing the treats I was buying at the grocery store were slowly poisoning my dog.) After her death, my mom decided she wanted to get a dog and I wanted another pug, too. We found a breeder in Sandy Hook, out in the middle of nowhere, and visited to see if we might find a puppy to love.

My mom got her dog, Pebbles, on that trip. (She passed away a year and a half ago at the age of 13.) The breeder also had a pug named Bubbles and she was nearing her due date. It seemed kismet, so I reserved a puppy. I knew I wanted a boy and I told the breeder I was going to name him Pickles, not after a brined cucumber or a Rugrats character, but in honor of my favorite banjo player.

Weeks later, the breeder called the let me know the puppies had been born, but there was an issue. Bubbles had gone into labor much earlier than expected. Some of the puppies did not survive; the ones that did had been deprived of oxygen and the breeder was concerned about the long-term effects. There was only one boy puppy; I told her I still wanted him.

Six weeks later, I traveled back to Sandy Hook to pick up my dog. The breeder had the puppies in her living room, resting in a box on a warming mat. I walked over and saw the puppies, almost all around the same size–these tiny, cute pug babies. But there was one that was much bigger than the others, chubby and round. The thought in my head was, “Please, don’t let him be that big fat one.”

The breeder had been calling him by his name since birth, so when she said, “Pickles,” that enormous puppy rolled over. I wondered what I was in store for, not knowing the immense joy this overweight puppy would bring.

For more than 14 years, I have had a constant, furry companion. Pickles was sweet and loyal, happy to greet anyone that walked in the door (after barking a few times, just in case). Even on his last day, when he was sick and weak, he followed me through the house like a shadow.

When he was younger, he liked to play with and hoard his toys. As he got older, sleeping and eating become his ultimate favorites. He was on a strict routine and did not like to deviate. I always thought he was a grumpy, old man, trapped in a dog’s body. He could be in a near coma, snoring away in bed, but would promptly wake up at exactly 6pm. Six o’clock was dinnertime. If I was late with his meal, he would huff and puff and stand by his bowl, impatiently waiting to be served.

In addition to enjoying his dog food and treats, Pickles also enjoyed begging for whatever the humans around him were having. Sometimes, on the weekends, I would make gluten-free pancakes just for him. He also really loved sausage and, as soon as he would smell it frying, he would stand in front of the stove and wait.

Of course, not just any food would do. During a recent ice storm and long power outage, we went to stay a few days with my aunt and her boyfriend. Pickles was offered a slice of American cheese as a welcome. I stood back, knowing what was going to happen. He wouldn’t take it. He loved cheese, just not American. I always bought Havarti or fresh mozzarella to put his medicine in because those were the only soft cheeses I had found that he would tolerate. He might have been a little spoiled.

He was always anxious and nervous, terrified of other dogs. When we would go to the vet’s office, he would shake in fear. He also hated cats and would chase any that wandered into the yard…at least until about a year ago. He suddenly decided he really loved the feral cat I adopted. (She loved him too, following him around the yard and grooming him like he was another cat.)

He tolerated my parent’s new dog, Molly. I think he would have liked her a lot more if he were younger and felt like chasing and playing games. About a week ago, he decided he wanted some of her toys, not to play with, just to have beside him. She wasn’t happy about it. Sometimes, when Molly would play fetch, he would attempt to play, running a few feet then stopping. His vision was so bad that he had trouble finding the ball. I tried buying larger balls, ones that light-up, but he just wasn’t able to play. That always made me sad.

Water was never a favorite. Baths always caused lots of anxiety. When we went to the Gulf Coast two years ago, I forced him to go down to the water on our last day there. He hated every minute of it, only interested in the kids that were playing further down the shore. I’m glad I have that memory.

My sweet boy has been with me for most of my adult life. It’s hard to imagine not having him here. I’ll miss fighting with him over getting his ears cleaned. (He was seriously strong for such a small dog.) I’ll miss snuggling in bed, dodging his attempts to lick me in the face, and finding potato chips hidden in the blankets. (He liked to save some for later.) I’ll miss hearing the potty bell ring, knowing it wasn’t always because he needed to go. Sometimes he just wanted the treat.

The last year has been hard. The bright spot for me is that my job, which normally required lots of travel, suddenly became a work-from-home position. I got to spend every single day of the last year with my dog, sleeping at my feet as I worked. I’m so glad we got that time together.

On Friday, Pickles wasn’t his usual self, so I took him with me to run errands. He sat in the front seat, enjoying the warm sunshine and a pup cup from DQ. On Saturday, there was an emergency trip to the vet, some medicine and hope that he was just sick, that this was not the end. On Sunday night, we sat in my bed and shared a hamburger and french fries. Two hours later, he woke me up. A few minutes later, he was gone.

This morning, after washing the sheets and blankets, I put the pillowcase back on his old, dirty dog pillow. I thought I should probably just throw it out. Instead, I found myself making the bed like always, fixing the pillows on his side of the bed. He slept in the corner against the wall, with the pillows arranged in a very specific way. If they weren’t right, he would scratch and fuss until I moved them around.

I washed his favorite blanket, the one that was in the dog bed beside my desk. He slept on that blanket each day while I was at work. Later this afternoon, I will bury it with him.

Pebbles and Pickles weren’t always the best of friends. Before she died, she became aggressive with food. She’d get mad at Pickles, bite and snarl and try to steal his food. He started leaving her a little bit of food in his bowl every night. After she died, for several days, he left that little bit of food like always, until he eventually realized she wasn’t coming back. Even though they fought sometimes, I still think they loved each other.

I hope that when he crossed the rainbow bridge, she was there waiting. ❤️

Obsessed with hockey, John Mulaney, and The Office. (If you don't love Dwight Schrute, can we even be friends?) Mom to a spoiled pug named Pickles. 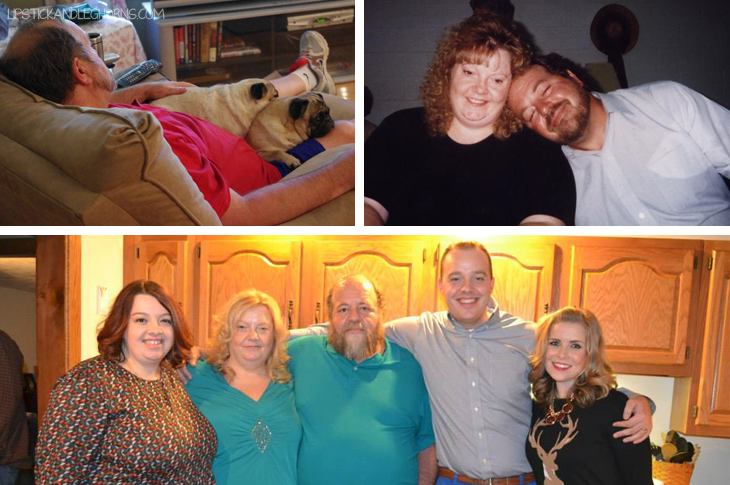 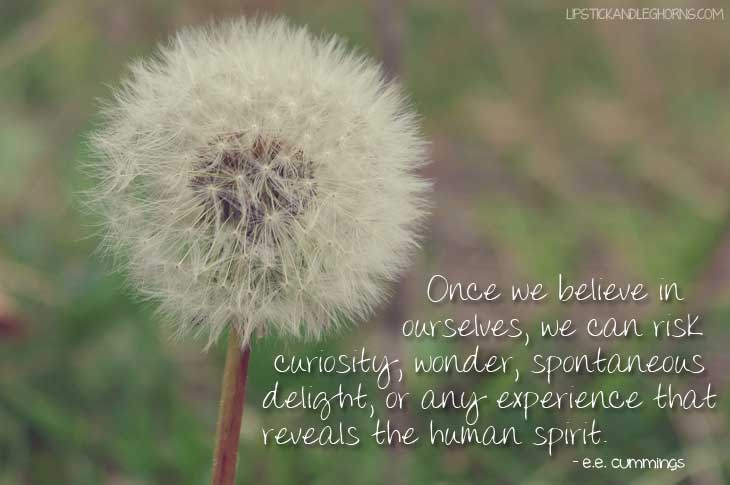 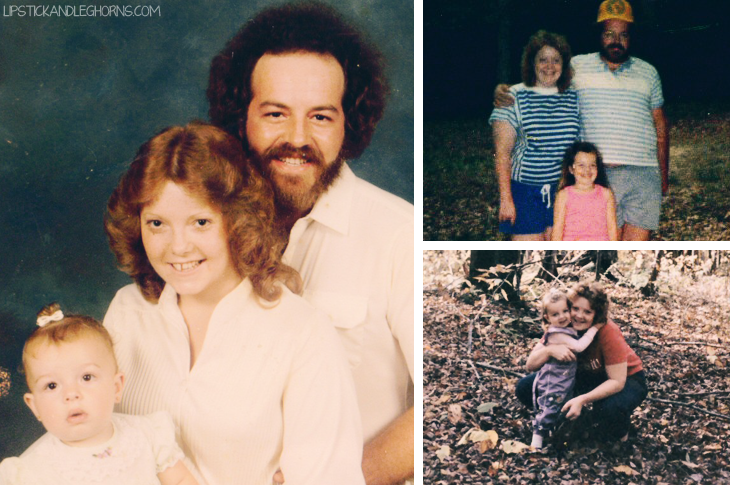 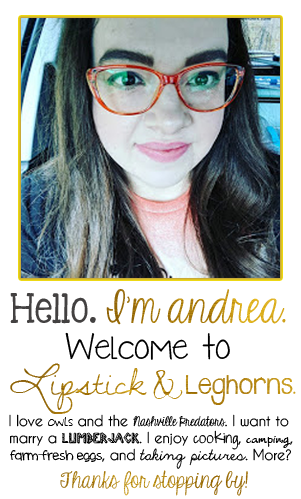 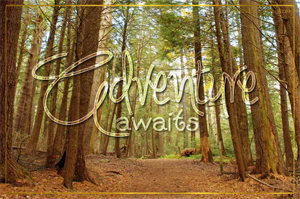